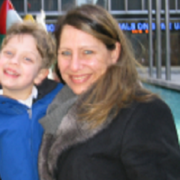 Looking for work as a babysitter or nanny

I am a mature, loving woman. I am a certified elementary education and literacy teacher. I have taught for many years and have experience managing daily routines and schedules for children and engaging children in meaningful activites. I have tutored students of various  Some of my duties included picking them up from school, taking them home, helping with homework, preparing snacks and meals. I also did cleaning and took care of the dogs. I have also cared for a newborn embracing the following responsibilities: dressing, changing, laundry, housework, food preperation, feeding, maintaining a schedule for feeding and naps, engaging children in stimulating activites, taking for walks, driving, and providing nurturing loving care.

While it is not our style to post comments online that could impact someone's livelihood, we felt obligated to share with other families our mixed experience with Jayne. Hiring her ultimately ended up costing us valuable time and money, and by sharing our experience, we hope to help other families who might approach things similiarly to how we do to avoid this. While we had a good rapport with Jayne during the 4 weeks we worked with her, we ultimately had to let her go because of her lack of attention to detail, slow pace of work, and inability to bond with one of our almost-3-year-old children. Of the 44 hours she worked for us, I spent 11 of them training Jayne. Even after this extensive guidance, she had a hard time getting a handle on the routine of our twin girls and instilling confidence in us that they would be happy under her care. Examples of this include considerable nervousness driving and parking, the need for me to drive with her 6 times to and from school to pick up the girls (and lack of intiative in printing out directions or writing anything down to save me the time of repeating things), struggle in getting them down for their naps, and limited stimulation of their development while they played. One daughter, even after 8 afternoons with Jayne, continued to call for me and find me (I work from home), and Jayne could not effectively attract her attention. This daughter has not behaved this way with any other caregiver. Jayne's help while the girls were napping, which is how she advertised herself to us -- as a personal assistant (http://www.personalassistantdc.com) -- lacked the attention to detail and efficiency that we would have expected from the above-market rates she charges per hour. Examples of this include potties that we left with pee and poop in them every single time she left us, girls' toys left in disarray after playing with them, twice overturned juice cups that she left for us to pick up and once which damaged an expensive doll, and taking nearly 2 hours to fold and move along basic laundry. After we let Jayne go, we also discovered the next day that she had left our car door ajar, which prevented it from locking. Our car was broken into that night and the GPS stolen. We asked Jayne to pay for its replacement, to which she initially agreed, and then over the course of several emails explained that from her perspective it is the employer's responsibilty to cover employee mistakes, even costly ones. We did try to give Jayne constructive feedback over the course of the 4 weeks she worked for us, but we did not see an improvement in performance, which led us to let her go. Our sense is that especially for toddlers and more than one child, Jayne got easily overwhelmed and was unable to relate to this age. Again, up until the final disagreement over the GPS, we found Jayne to be agreeable and friendly. But even before the GPS incident we had decided she wasn't a fit for our family because of the extra work she created for us instead of saving us time. Jayne has a clientele base, so she is clearly the right fit for some families.

Willing to care for 4+ children per sitting