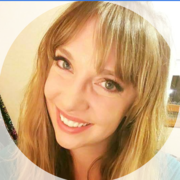 My father and I were very close. He raised me alone and when I was 15, he was diagnosed with Multiple Sclerosis. He became handicapped very quickly and I took care of him. I shopped and prepared meals, cleaned the house and took him to his doctor appointments and physical therapy. When I was 27 he was diagnosed with terminal cancer and I moved back in to take care of him. I helped lift him from bed in the morning, I helped get him into the shower and dressed and also with any bathroom incontinence. I washed and wrapped his chronic ischemic wounds and helped him take and keep track of his medications. As time went on his mental status declined and he sometimes became argumentative and very confused. I was his advocate with his doctors and got him into hospice care when the time came. He passed in April of 2017 and since then I have had an inclination towards helping the sick and elderly. On a relevant note, I have been a medical coder for six years and I believe my knowledge in surgery, diagnosis and human anatomy aided in my comfort, and ability to care for my father. I am married with no children and time on my hands, and I miss taking care of my Dad. I would love to brighten someone's day and be their companion, and help them, just like I did with Dad.

My availability is valid through 5/5/19