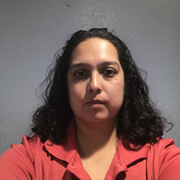 Looking for full or part-time work as a care companion.

I don’t have any certificates. My distant uncle had a stroke in October and I spent almost everyday with him during his recovery at the hospital between tending to my children and their school. I spent mainly days there while my kids where in school. The nurses would always have to remind him I was coming since he didn’t like being there. He was limited on intake so I would prepare his drinks to the set thickness and things like that. I would ensure he had extra drinks on hand for when I was gone, clothes set out for them to use, do his laundry, blankets etc, I would go with him to his therapy sessions and dialysis if held during my time with him. I got to know him a little during the few months I assisted and saw how he was alone even though his step family would say they wanted to come. It was heart breaking that he looked for them and they didn’t have time and here I was just an outsider helping out and realized it’s nice to get to know others and help them because not everyone has someone to do that. It was upsetting that they would not bring his wife to see him, she has dementia, they took her only once before he passed away in May. I don’t know the history of the family it was just hard since she was his everything and he was her caregiver and wanted to get back home to care for her again.

I sit with my grandmother typically once a week for a few hours, she has lewy dementia and that has been hard to adjust since she is very aware of everything and the hallucinations. My aunt is her caregiver and it gives her someone to be with for a bit. Change in attitude sometimes. She was not a close grandmother growing up, I do it to help relieve my aunt a tiny bit and give my grandmother something to look forwards to. She has been bedridden for years and everyone is just so busy. For a while my grandmother would not let anyone visit so it’s hard for them now that she wants them to and she doesn’t like to bother people or ask them. It took her a while to get a little comfortable with me since she would always call my aunt just to pass her something while I was there. My aunt would say it was so she could be comforted knowing she didn’t leave or a way to check on her. It has been a learning experience.

My availability is valid through 8/17/19