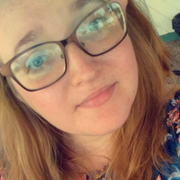 Check-ins and visits $25 per visit

Babysitting/Nanny- I began to be a babysitter at the age of 12, I took care of a newborn, was with him until he turned 6. He also had a brother come along that I took care of as well. While that was part-time I also did part-time Housekeeping and a part-time live-in nanny. I have babysat for numerous families, children aging from newborn-15 years old. I do not hold a certificate for this, however, I have taken many parenting classes and am going to renew my CPR and First Aid certificates. I was a nanny for a family for 2 years until they moved, I was only 16 so I was not allowed to move with them when I was asked. Since then I have been a Housekeeper, a house, and petsitter as well. For pet sitting, I have been doing that for around 6-7 years.

My availability calendar is valid through 8/17/2018

Check-ins and visits $25 per visit