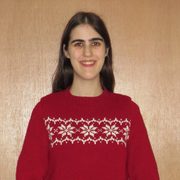 Natalie is one of the most conscientious sitters I have had for my kids. She brings lots of energy, discipline a...

Check-ins and visits $12 per visit

I have cared for pets since I was in middle school because I enjoy doing so.

Some of my work with pets includes the following:
- I visited several cats and sat two cats while their owners were away, which included ensuring they had enough water and food, cleaning their litter boxes and other messes, playing with them, and giving them other forms of love and attention.
- I fed fish while their owner was away.
- I visited one dog twice a day and sat another dog while their owners were away for the weekend, so I provided for their basic needs, including passing medication, cleaned up after them, walked them, and gave them love and attention, usually in the form of petting.
- For two summers at a Girl Scout camp, I cared for around thirty horses, which included watering them, feeding them, mucking out their stalls, exercising them, and grooming them.
- For about one year, I assisted my younger brother when he fed his clam and cleaned out his clam's tank.

I am able and willing to care for other pets as well.

I look forward to meeting you and your pet or pets and to caring for them.

My availability calendar is valid through 6/10/2021

Natalie is one of the most conscientious sitters I have had for my kids. She brings lots of energy, discipline and fun to the job. She helps with the kids home-work and is essentially functioning as a tutor. Her teaching/tutoring is not just limited to homework time but she will use creative ways to incorporate learning into their daily routine. She asks our permission/advise when appropriate. She has shown good judgement when dealing with my rambunctious children. She is a great sitter /tutor rolled in one.

Check-ins and visits $12 per visit