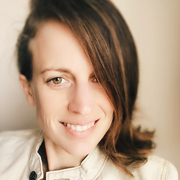 Check-ins and visits $30 per visit

I grew up with pets of every sort including dogs, cats, hamsters, parakeets, and had many aunts and uncles and grandparents who lived on farms where I was exposed to other animals that most certainly were not pets but were interesting nonetheless! As an adult, I raised and trained my German Shepherd/Lab mix to be safe around young children and obedient both on and off-leash. He never had a sick visit to the vet his entire life. My cat lived to the rip old age of 17 years and only had his sick visits just before he died. He was such a character and would follow us on walks through the neighborhood. He was pretty sure he was a dog, too. We don't have pets right now, but I did retrain my friend's dog recently. She had adopted her Maltese blend and her dog had seen several trainers but was still jumping on people and urinating in the house. I was staying with my friend for a few weeks while moving and during that time, I was able to stop the indoor potty problems and correct the jumping. I also taught her to properly heel while walking and to only potty in a designated area outside near home so when going for walks, she doesn't mark.

Owner and adopted dog were finally able to truly bond and are an inseparable pair today. I pet sit for her now and administer her medications which include some for acid reflux and some for seizure disorder. She's a delightful little girl.

I use my lifetime of experience with animals and methods I learned while training my Shepherd as well as some good old fashioned Cesar Milan dog whisperer tactics to teach confident leadership and relaxation to dogs in particular. I've watched dogs in my home and in their homes.

Prices below will need to be discussed and will vary depending on each particular pet and its needs. Mileage fees may be assessed depending upon situation.

My availability calendar is valid through 1/11/2020

Check-ins and visits $30 per visit