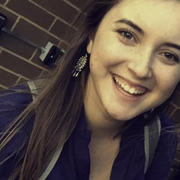 Looking for work as a babysitter.

Janae doesn't have any reviews yet.

Willing to care for 4+ children per sitting