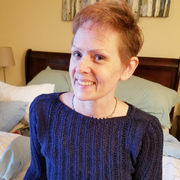 Looking for work as a babysitter or nanny

I am a recently retired professional with a Master's level education. I have experience working with special needs children. Proud mother of 2 adult daughters. Spent 9 years as a stay at home mother

We had the pleasure of having Heather help in our home (part-time) for six shifts. She was attentive and sweet to the baby, a self-motivated worker, and friendly. She was susceptible to negative emotion, often sharing personal life stories, but it didn’t usually hinder her work. She watched the baby and cleaned during naps, and would offer additional cleaning when finished (even creating tasks, at times). We reassured her to take her time, encouraged breaks, and thanked her often. We had no idea that she was unsatisfied until an emotional mid-shift departure. An hour into her seventh day, she sat us down to ask for more pay and less work. Frankly, it was an emotional outburst. Without pausing to let us speak, she delivered her speech and excused herself for the day; 1 hour into a 4 hour shift. She told us she had shared personal details about our family with other clients (uncomfortable), and decided to confront us for “taking advantage of her.” She was upset by her responsibilities and pay rate, even though they exactly matched the job posting she applied to. Heather had even noted that she was overqualified for the job during her interview, but that her life had changed direction recently and she was happy with the advertised rate. She knew that I am disabled and we were facing financial struggles. The requests she had were fair, but her approach was inappropriate, uncomfortable, and put us in a pickle...we had told her we were slammed with work that day, and her decision to leave resulted in my husband and I working past 9 PM! She left us no choice; especially with the subtle insults that she had slipped between her grievances. At first, she did great work...but reliability and stability are key in child care. Had she allowed us to speak, acted more professionally, and not stranded us mid-shift, it would not have been so odd that she fully expected to be welcomed back at higher pay and with less responsibilities.

Heather is responsive and caring. We are excited to have her care for our child!

Willing to care for 2 children per sitting